Showing posts from 2022
Show all

- April 18, 2022
A Multifaith Prayer for Chibok – Eight Years Too Long Eight Years TOO Long! – This year the holy seasons of Passover, Easter and Ramadan all occur during the month of April – the same month that we mark 8 years of the heinous kidnapping of 276 girls from their school in Chibok Nigeria. Each of our religious traditions compel us to pray with renewed faith and to pray with our feet! And so, along with faithful action, let us pray together…. Eight Years TOO Long! In the Name of God, Most Gracious, Most Merciful, Divine Creator of every human soul and all that is…hasten to our prayers; days turned into months, and months have turned into years. We have watched, and waited…we have seen additional abductions, innocent lives snatched, and continued unrest…we beseech you for these souls and for the rescue of the remaining 109 Chibok girls in Nigeria, now Eight years still in captivity, still enduring horrific cruelty and still enslaved by inhumane tormentors. It has been…Eig
1 comment
Read more

- March 26, 2022
"Four activists were detained in Poland on 23 March for aiding migrants crossing the Belarusian border. They currently face three months of pre-trial arrest. “When they helped refugees from Ukraine they were heroes, now for providing that same help in Podlasie, they are criminals,” said Grupa Granica, an organisation helping migrants and refugees, to which the detained activists belong. The organisation said the activists were providing humanitarian aid to a family with seven children who had been stuck at the border for three months." Read more In a recent " Conversation on Ukraine " at Brooklyn College, I said: International migration research: migrants’ and refugees’ experience at borders is mediated by intersection of race, gender, religion, national origin, status, physical ability & sexuality. Politicians’ rhetoric, news analysis, & public sentiments on whom we think of as deserving & entitled to being allowed to easily cross borders and secu
Post a Comment
Read more 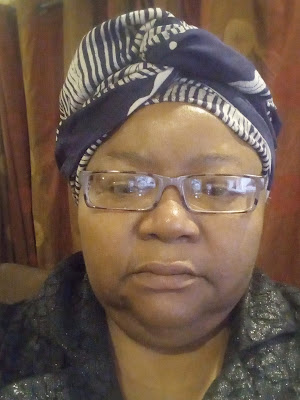 The Howard Zinn Quote still resonates: “Civil disobedience, that’s not our problem. Our problem is that people are obedient all over the world in the face of poverty and starvation and stupidity, and war, and cruelty. Our problem is that people are obedient while the jails are full of petty thieves, and all the while, the grand thieves are running the country. That’s our problem.” Let the kleptocrats give back our stolen wealth so that we can fix our infrastructure, schools, hospitals, and also offer worthwhile social protection to our people. Let the masses enjoy the full benefits of citizenship in Nigeria. Let the leaders and political class repent and build peace with justice. This is no time for politics as usual.
Post a Comment
Read more
More posts