- January 20, 2012
It is gratifying that a lot of Nigerians are plugged in and haven't stopped thinking about the petrol subsidy removal. After five days of mass protests, and an estimated 16-30 people lost their lives, the Goodluck Jonathan administration scaled back the pump price for petrol. But reports are that Lagos, and Kano are now occupied by the police . The responses that criticize this repressive action have been robust and admirable. Professor Wole Soyinka, the Nobel Prize Laureate and my colleague, Dr. Kunle Amuwo of the International Crisis Group, and Kayode Akindele, Lagos based partner in the London investment management firm 46 Parallels are just three of those who responded. Together with other Nigerians, they have said clearly that the matter goes beyond the deregulation of petrol prices, and is really about Nigerian democracy and its governance system. One of the most painful aspects of the whole imbroglio is the Nigerian government's continued reliance on western development economists to advise them, and endorse their misguided policies. A case in point is demonstrated in the recent Paul Collier op ed in the Financial Times and Jeffrey Sachs' New York Times op ed. As my friend, Jackie Copeland-Carson, President of AWDF-USA, said in part: "There needs to be a global counter-narrative to these out-of-touch and condescending Western perspectives." I agree that all Nigerians of good conscience should respond. We should also realize that this is a multi-pronged struggle that should keep continued focus on the Nigerian government and insist on clear outcomes that demonstrate that the Goodluck Jonathan administration cares about Nigeria as it has been saying.

Are you interested in participating? I have below, the Collier article that was forwarded to me by Honorable Minister for Finance, Dr. Ngozi Okonjo Iweala. I am not impressed and I said so. I think we should respond to the tendency to privilege these western voices over ours in the analysis of our country, particularly because by training, we have the competence, skills, knowledge base and experience to analyze and make recommendations. I am heartened that Chimamanda Ngozi Adichie and Anene Ejikeme responded as they did in their op ed pieces published in the NY Times. I also observed plenty of responses to the Financial Times article that take Professor Collier to task. There should be more.
I. When a Tea Party-style folly comes to Nigeria
Financial Times (UK). [Op-Ed]. Paul Collier 16/01/2012.
Nigeria has been gripped by the power of the street. In response to a government announcement ending the subsidy of petrol there has been a tidal wave of protest and disruption, forcing the government to negotiate with the unions. The new-found power of the Nigerian street is an instance of a global pattern, but the street can dance to many tunes. In north Africa it has faced down autocracy. In America its anti-government agenda was entirely different: a tax mutiny. Are the demonstrations on Nigeria's streets a variant on the Arab spring or a variant on the Tea Party?
Nigeria is not a repetition of north Africa. Far from an unelected autocracy, the present Nigerian government emerged last April from the fairest elections in the country's history. But the legacy of past gross abuses of power is that citizens are profoundly suspicious of government. And so a needed reform has ignited protests that resemble the sad folly of the Tea Party.
If ordinary people are sufficiently disbelieving of government, it is entirely possible for populist rhetoric to seduce people into fighting against their own true interest. In the US, despite an extraordinarily low tax burden, dramatically rising inequality and an unsustainable fiscal deficit, poor people demonstrated for tax cuts for the rich. In Nigeria, despite decades of elite plunder of oil revenues by means of scams such as the petrol subsidy, the poor and the young have turned out to demand its restoration. Convinced government is theft, they cling to the pitiful benefits of a petrol subsidy.
Should the poor have been on the streets? The petrol subsidy was costing $8bn a year; in other words the average Nigerian household was forfeiting more than N750 ($4.70) a week of public money. Much of this expenditure was captured wholesale and shipped out of the country. Even the petrol that was sold locally at its subsidised price disproportionately benefited the better off. There are a myriad of ways in which public money could benefit poor people more than the petrol scam - for example, children could be given bursaries for attending school. That is what poor people should have been urging on their government, and it should now be the focus of political compromise.
Should the young have been on the streets? The petrol subsidy was a classic instance of squandering the oil revenues on current consumption. As oil wealth is depleted, the government has a responsibility of custody to the next generation. Enough of the revenues from oil must be invested in infrastructure and other assets. This is a responsibility that previous Nigerian governments failed to meet. At last a Nigerian government is taking its responsibility to the next generation seriously. Nigeria's youth should have taken to the streets to celebrate this change of policy, not to lobby for a return to the status quo.
In attempting to harness the present oil bonanza for development, reformers in the new Nigerian government are trying to avoid a repeat of the history of plunder. There are powerful interests in favour of plunder, including some prominent government officials, which is why repeating history is the default option. But societies can also learn from their history. Germany is the best-managed economy in Europe because it used to be the worst: from hyperinflation, Germans learnt "never again". Germans are locked into sound decision-making by a combination of legal rules, dedicated institutions and a critical mass of ordinary citizens who understood why the rules and institutions mattered and so defended them.
Nigeria is fighting a more complex dragon than hyperinflation and so the rules and institutions will need to be different. But the current experience has demonstrated that Nigeria, like the US, has yet to build that critical mass of economic literacy among its citizens. The necessary foundation, a burning sense of "never again", is most surely there. But if popular anger gets derailed into populism, whether about petrol subsidies or tax cuts, that potentially valuable social energy is wasted.
Yet while it is evidently possible to fool many people for some of the time, there does appear to be a ray of hope. In the US the Tea Party has fizzled: more recently, streets have been claimed by protesters from the other side of the political divide demanding tax increases for the rich, not tax cuts. 'We are the 99 per cent' would make as good a slogan in Nigeria as in America, for a protest demanding that oil revenues be spent wisely and transparently.
The writer is professor of economics and director of the Centre for the Study of African Economies at the University of Oxford
+++++
http://www.ft.com/intl/cms/s/0/9d57c51e-3f87-11e1-8809-00144feab49a.html?ftcamp=rss#axzz1jjERTQbn
II. Op-Ed Contributor
Nigeria Hurtles Into a Tense Crossroad
By JEFFREY D. SACHS Published: January 10, 2012
http://www.nytimes.com/2012/01/11/opinion/nigeria-hurtles-into-a-tense-crossroad.html?_r=1&adxnnl=1&ref=nigeria&adxnnlx=1326812016-qgC3UIrJlPPhDA9T44VpKg
III. Op-Ed Contributor
A Country’s Frustration, Fueled Overnight By CHIMAMANDA NGOZI ADICHIE
Published: January 16, 2012
http://www.nytimes.com/2012/01/17/opinion/nigerias-latest-frustration.html?ref=nigeria
IV. Op-Ed Contributor
Nigerian Anger Boils Over
By ANENE EJIKEME Published: January 12, 2012
http://www.nytimes.com/2012/01/13/opinion/nigerian-anger-boils-over.html?ref=nigeria
V. Nigeria: Fuel Subsidy - Sachs Spoke in Personal Capacity - UNLeadership (Abuja) BY Ruth Tene 9 January 2012

Popular posts from this blog

- January 20, 2012
This is my response to the Honorable Minister for Finance, who despite being a very busy woman, found time to reply to my email. But she also sent me the op-ed by Paul Collier, to which I referred previously.

Thank you for responding to my email despite being deluged by an overwhelming amount of communication, and having the challenging task of driving economic change. Let me apologize in the first place for any kind of abusive language that I passed along. In retrospect, I realize that I should have edited those words out. They are not warranted because you have, unlike most Nigerian officials, been responsive and open to communication. I pray for your safety and that of your family members. I hope that our people realize that violence is not a solution to any of our problems.

I know the issues are complex. I realize that there are numerous vested interests that want to keep change at bay. I know Nigeria has become synonymous with corruption around the…
Read more

- May 04, 2009
“Unknown Soldier”: Women’s Radicalism and Activism and State Violence In 20th Century Nigeria
Paper presented at the Conference on Black Woman and the Radical Tradition, organized by the Graduate Center for Worker Education, Brooklyn College, CUNY
March 28, 2009.

Abstract In “unknown soldier”, Fela Anikulapo Kuti in 1979 eulogized his mother, Olufunmilayo Ransome Kuti through his protest music. Most Fela fans first met his mother through this eulogy. Fela like his mother, remained unbowed by the crushing repression of the Nigerian military regime under General Olusegun Obasanjo, which deployed armed forces to Kalakuta Republic, Fela’s multi-story residence where he lived with his mother and entourage in Yaba, Lagos. In the melee, mayhem and arson that ensued, Fela’s mother wa…
Read more 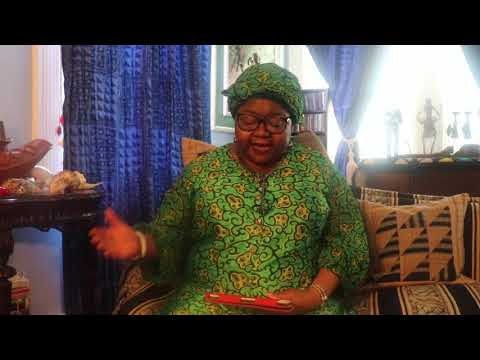 Paper presented at "Freedom from Gender-based Violence" Conference, Africana Studies Center, Cornell University, Ithaca, NY. Sponsored by The Ithaca College Department of Politics, in conjunction with the African Women’s Initiative of Ithaca, the Center for Transformative Justice, and the Africana Center of Cornell. Saturday, June 1st, 2019. Thanks to Maryna Tkachenko for recording. hashtag#healthhashtag#publichealthhashtag#refugees
Read more

- January 20, 2012
This is my response to the Honorable Minister for Finance, who despite being a very busy woman, found time to reply to my email. But she also sent me the op-ed by Paul Collier, to which I referred previously.

Thank you for responding to my email despite being deluged by an overwhelming amount of communication, and having the challenging task of driving economic change. Let me apologize in the first place for any kind of abusive language that I passed along. In retrospect, I realize that I should have edited those words out. They are not warranted because you have, unlike most Nigerian officials, been responsive and open to communication. I pray for your safety and that of your family members. I hope that our people realize that violence is not a solution to any of our problems.

I know the issues are complex. I realize that there are numerous vested interests that want to keep change at bay. I know Nigeria has become synonymous with corruption around the…
Read more